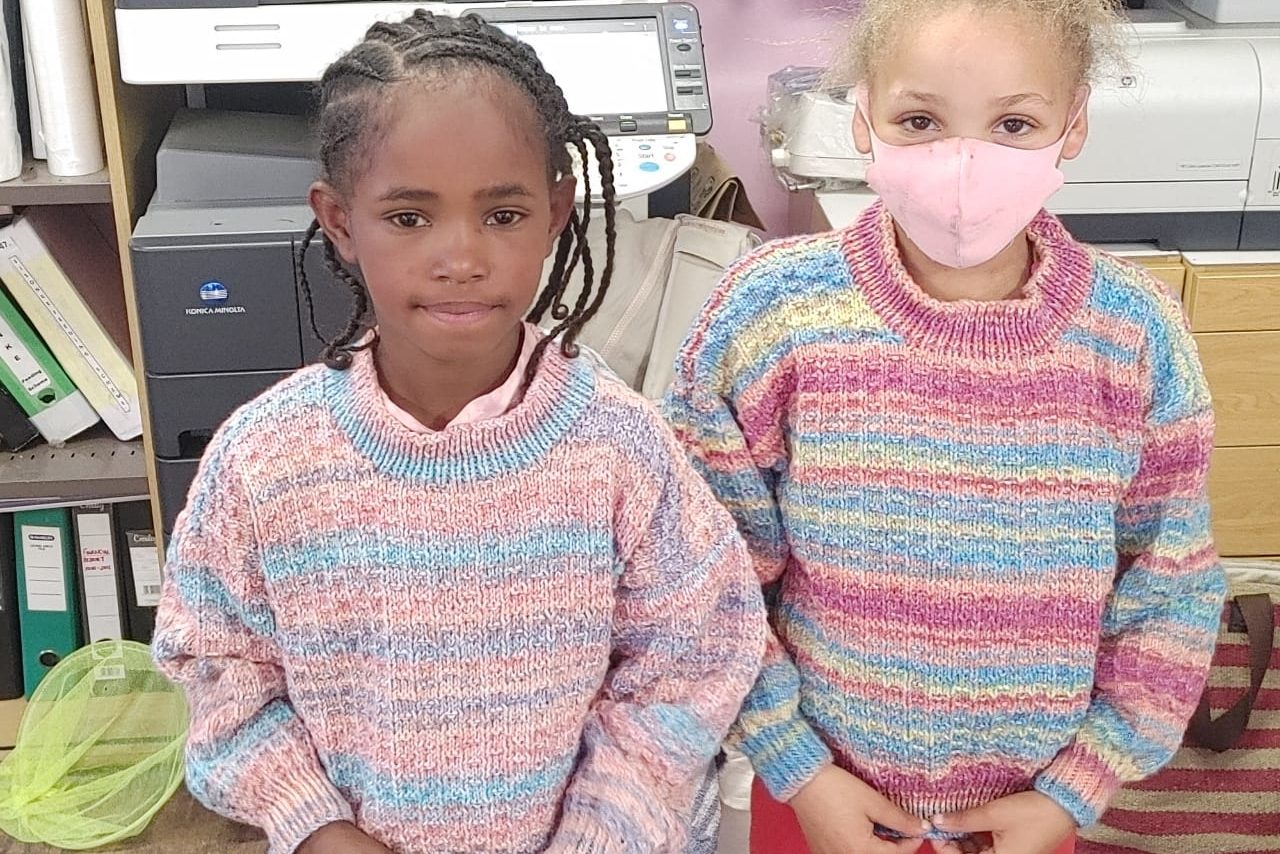 Let’s hear it for Battle Ridge resident, Diana van der Westhuizen, whose selfless generosity is helping to take the edge of the winter freeze for youngsters as far afield as Vrygrond and Lavender Hill.

Diana, who turns 79 years young next January, spent many decades working in education, particularly maths. For more than 40 years, she worked at, then owned the Master Maths tuition centre in Tokai.

A Marina resident since 1989, Diana still has a part-time job and also devotes significant time and effort to creating these intricate and beautifully knitted jerseys. A big thanks to Diana for her selfless dedication to such a good cause.

And a big thanks, also, to another Marina resident, Sharon McCallum, for tipping us off about this heart-warming story. “The little girl in the red jumper was celebrating her birthday without any presents,” Sharon told us. “So when she and her group received their jerseys, there was great excitement. Diana is amazing!”