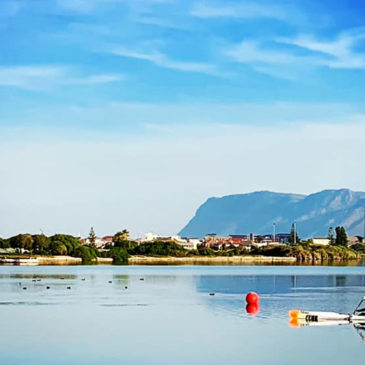 Below, you will find the portfolio reports submitted by each ExCom member for June 2021, as well as a report from the Treasurer.

We have also attached the minutes from the the ExCom’s last monthly meeting at the bottom of the page.

To The Outgoing Members of EXCOM

Having reached my Fifth year of service to EXCOM, in wishing everyone goodbye I thought it fitting that I submit a report in view of misgivings which members have shared regarding the performance of my portfolio.

I say this, as I was emailed at the beginning of my fifth year of office informing me that I’ll have to prove myself to EXCOM as a prerequisite to being welcomed to the team. The words are not verbatim, however, I found this to be a strange introduction to the team. This was only the beginning of other unfortunate emails I received. As proof, the following are some of the projects and interventions which I successfully resolved during my initial terms in office with members I truly enjoyed working with:

a. the reconstruction of the entire Eastlake island bridge b. the resurfacing and reconstruction of the arterial Uitsig road c. likewise with Oudevlei road from the robot to the confluence of Uitsig rd. which was done later Projects “b” and “c” were initiatives before joining EXCOM d. initial successes regarding the reduction of the noise factor emanating from the Cogella plant after numerous engagements with Congella management and the COCT e. a four year battle with the COCT culminating in a meeting in Rondevlei informing me that an allocation for a new Weedharvester was now budgeted for. At this meeting I also raised the necessity for funds for the dredging of silt at the mouth of the estuary. Subsequently an allocation of R500000.00 was made available for dredging purposes. Councillor Kuhl acknowledged my contribution in making this possible.

f. a number of road signs and road markings in accident prone areas were installed g. at the height of community unrest the VCDF was addressed by me in my pointing out the futility of some of the protest actions which were alienating communities rather than building bridges e.g., damages to the robot and petrol bombing of homes in San Marina.

The appeal seems to be holding thus far. Meetings with the Vrygrond taxi Association regarding their intervention was also solicited and noted h. there was also subtle talk of marching into the marina en masse in response to security companies stationed at the Marina entrance of the robot. This would have negatively impacted on house prices in the Marina and difficult if not impossible to reverse. I unequivocally advocated against this line of action based on misconceptions in that San Marina was an elitist enclave. I conveyed to them that the demographics of San Marina was changing thus reflecting a cosmopolitan kaleidoscope of an area in transition i. at a Ward meeting specifically constituted with role players in addressing the water crisis four years ago the subject of a desalination plant in the precinct was on the agenda for discussions. The pressing challenge was one of electricity in driving the project. I introduced the viability of harnessing methane gas from the dump site in Vrygrond in addressing this challenge. This was accepted and escalated to departments concerned and is now on the agenda for further discussions with the possibility of implementation.

j. the Marina originally had two Weedharvesters, one of which is now permanently based in Little Princess Vlei. Much effort was exerted in attempts to relocate the machine to the Marina where it is most needed including addressing sub council on the subject. Subsequently, undertakings were made that the machine would assist the Marina waterway when needed. An undertaking taken at subcouncil level that was reneged on. How unfortunate!

k. Together with the Living Hope Foundation, Rotary club and others we put together a two day programme affording free health services to the people of Vrygrond in terms of HIV testing, high blood pressure tests, diabetes prognosis, BMI testing, eye tests with specs sponsored by Specsavers. We serviced close onto 900 people. This was before Covid.

l. installation of a right-hand turn arrow at the M5/Military rd. juncture to Seawinds. Council has informed me that this has now been approved j.my engagements with the media, Cape Times/ Cape Argus in exposing and finally halting the futile attempts of the Department of Public Works in allocating R100 million in the reconstruction of the Muizenberg police station. Money which could be more productively spent in the building of a police station in Capricorn, thus my continued engagements with all spheres of government in realising this dream despite pushbacks from other departments

There are many other interventions I engage in and structures I serve on, including in Vrygrond, in helping create a sense of community in dispelling an us and them syndrome. Peter is aware of some of the projects I worked on in the interest of the Marina. Unfortunately, for the past year my portfolio was systematically whittled away from me on a journey of marginalisation culminating in my being nullified to a persona non grata.

Of course, the response I am expecting from some members of the committee is that I am on a self-glorification journey. I don’t mind criticism, as I merely responded to the negative perceptions of my portfolio leading to an unfortunate premise based on ambiguities culminating in misconceptions that it was a dysfunctional one.

Forgiving is my gift to you. Moving on is a gift to myself.

Wa alaykumu s -salaam (May peace be upon you) Lathif

Gardening equipment purchased as follows for the use of the Marina Gardeners:

Having the Ryobi weedeater serviced in June as its not working. Also purchasing a medium saw and raincoats for the team

Gardeners tidied up and replanted flower beds in the following areas:

The vlei was also closed on 25 May, after results came in from tests taken on the previous Friday. The vlei remains closed this week as rests taken last week show that, while the water quality has improved, the levels are just above what is acceptable for intermediate contact. Further, comprehensive, tests will be taken next week.

There has been talk that ZENR purposefully kept the vlei open for the canoe race on the weekend of the 22/23 May, even though they knew that the E. coli levels were too high. However, it must be noted that the canoe race went ahead based on water quality tests taken earlier that week. The vlei was closed, based on testing taken on the Friday before the race, with the results coming out on the 25th and therefore too late to stop the race.

NOT a Sewerage spill!
There have been numerous reports of a sewerage spill at the Eastlake Bridge and Dabchick area. The Kingfisher spent several days in the Marina canals, churning up the water. Because the Kingfisher has been out of action for so long and because of the large amounts of algae that rotted and sank, the smell that this is causing is very unpleasant. It isn’t a sewerage spill.

Promenade road restoration:
The Promenade road wetland restoration project started this week. The idea is to turn this forgotten piece or land into a wetland area to attract the frogs, as it forms the last remaining part of the link between the Table Mountain National Park and the Zandvlei Estuary Nature Reserve. In the second week of June they will start planting and have asked residents to assist. More information will be posted.

Zandvlei Video
There is an interesting video about the history of Zandvlei and the ongoing conservation efforts. You can watch it here https://youtu.be/CF5qk8wVF7U

ZPAAC
Paul, Nick and I attended a meeting yesterday which was basically a friendly meeting with the friends of Zeekoevlei and PAAC to get some sort of working relationship going. The Friends of Zeekoevlei are very active in their community and fund raise, educate, do clean-ups and generally get people involved.

It was a more interesting meeting this time, with a slightly clearer view of how to move forward. There is no actual ZPAAC at the moment. The thought was to use the Zandvlei Trust in the roll of bring everyone together and getting things moving on a community level. The Zandvlei Trust needs to be overhauled if this is to work.

Invitations have been sent out for the new ZPAAC committee and applications must be in by 28 June. Please find attached.

City responds to petition:
The City of Cape Town (CoCT) has given its formal response to the recent Zandvlei petition, including feedback on the area’s water quality and the new Kingfisher. You can read more here:

Kingfisher
The tender for the new weed harvester tender has been awarded. The MOA was signed, and the vendor has indicated that the anticipated delivery date is December 2021 / January 2022.

Our Communications team has established a good working relationship with Janine Avery at 5 Star Stories that is helping to produce a regular flow of good quality information across our three platforms: the blog, Facebook and our weekly newsletter. I am currently finalising up a proposal for monetising these platforms through advertising. I plan to present this proposal to our Communications team and the chairman later this month and follow-up at our next ExCom meeting. There appears to have been a drop-off in the frequency and intensity of negative and abusive social media posts. While this is welcome, it does not mean job done. We will continue to use our voice to address issues that concern our community. We are equally aware that there is always room to improve and increase our output. June is likely to be a busy month with new ExCom members to introduce and an AGM to report on. Meanwhile, we held a useful meeting towards the end of May with a group of local estate agents to discuss the draft welcome pack that we plan to produce for newcomers to the Marina. We hope to finish drafting by the end of this month before circulating the document for ExCom’s approval and comment.

6 cameras dependent on configuration and poles.

Herewith the Crime stats from DBS.

Approximately 12 new cases are in the pipeline