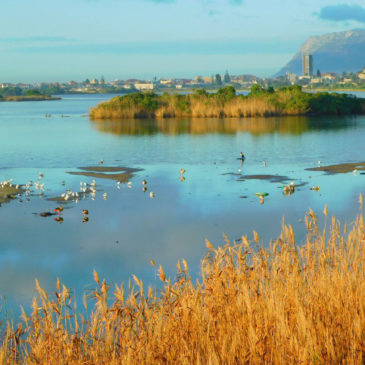 In a first for local residents, six members of the Marina Birding group joined the Cape Bird Club to help with the quarterly Co-ordinated Waterbird Count (CWAC) at the Zandvlei Estuary Nature Reserve (ZENR) on Saturday 17 July.

Group members helped with the bird count from the banks of the vlei while ZENR manager, Kyran Wright, and his students counted from the water. Gracious as always, Kyran welcomed the Marina Birding group and answered questions before he headed out onto the water with his students on canoes. This was the first time in several years that waterbirds on the southern canal were counted.

Three members of the group who had done CWACS before led the way in identifying the best places to view the birds and start the count. One person noted down all the sightings. The group spent approximately two hours walking around the reserve and they spotted 27 different types of bird species, which was quite exciting. In total, counters on land and water spotted 34 bird species.

According to the Cape Bird Club, the first CWAC on Zandvlei was carried out in December 1974 and they continue to this day. It was a great way to spend a morning and anyone wishing to join the Marina Birding group on their outings should please contact Valerie Benson on 082 475 6187 for more information.

Click here to downloads the count datas for 17 July 2021: