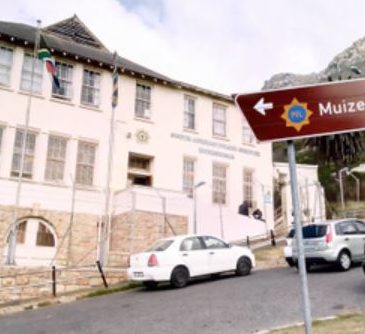 Since the start of the year, Peter Allen, who holds the Marina da Gama Association Executive Committee (ExCom)’s Security portfolio, has chaired a number of productive meetings with security reps across several Marina precincts. He is currently scheduling a meeting with security reps in Uitsig as well as the Uitsig Neighbourhood Watch. After that, Peter will begin his next round of meetings, starting again with the security reps in Battleridge before making his way back to UItsig.

Members of the ExCom recently met the Muizenberg Police Station Commander, Colonel Naidoo, and his Deputy Commander, Lieutenant-Colonel Roussow. Their insights and input gave us a better understanding of the challenges that SAPS currently has to deal with. Among others, they include vehicle shortages; manpower issues, with office staff working split shifts during the pandemic; and the station’s deteriorating condition.

Unfortunately, plans to build a new police station at Vrygrond are nowhere close to approval or even finalisation thanks to the tangle of red tape between SAPS and the Department of Public Works. Despite these problems, it is clear that members of Muizenberg SAPS – from the top down – are committed to giving their best to prevent and investigate crime in our area.

Looking ahead, ExCom members will continue to meet the Station Commander every four to six weeks, depending on schedules, to understand how we can best help each other keep Marina residents safe and secure.

Crime stats low (but could be lower)

On a positive note, the CCTV camera initiatives across the Marina are proving highly effective. Our crime levels remain extremely low except in Uitsig, where six crimes were recorded during February.