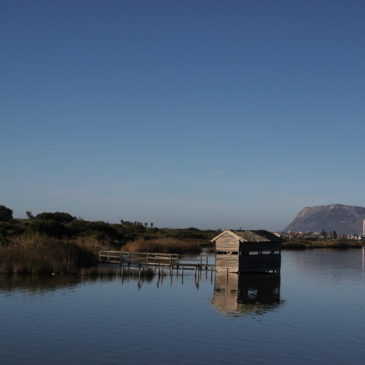 LONGER-TERM PROJECTS – LATHIF GAFOOR
PAROLE BOARD – REPRESENTATIVE: I had raised this concern at a Parole Board meeting in Vrygrond held by the Vrygrond Community Development Forum (VCDF) last year. It was as a result of long-term prisoners being paroled without input from the community. We are cognisant from past experiences that a certain category of long-term prisoners are not fully rehabilitated and continue with their nefarious behavior when released back into society. In context, I therefore motivated that a person from the community serve on a consultative basis on the Parole Board in order to have a say before prisoners are paroled. To this end, I followed up the subject at the last meeting of the CPF, at which Colonel Naidoo and Councillor Kuhl were present. Heidi, the CPF Secretary confirmed that the Parole Board has counter-proposed that we could nominate a member of the community to be trained to serve as parolee monitors. The meeting nominated that I serve on the board.

I’m including this in my report as the release of prisoners also impacts on the safety of the Marina.

CLEANING OF STREETS (follow up) Councillor Kuhl requests that this should be reported directly to the department concerned if and when the service is required.

ARCHCOM – PAUL HIGGINS
The Archcom meeting held on 18 March 2021 was attended by Eduardo Nunes, Gordon Hart and me.

Five new plans were submitted, and three plans were approved. Two plans need minor additions before they may be approved.

An objection to an application for departure for alterations of No 13 Waterside Close was submitted.

COMMUNICATIONS – PATRICK McKENNA
The Communications team has been working closely with Janine Avery to develop and launch the new Marina blog, which has replaced the Marina da Gama News magazine. The blog went live on 9 April with an announcement in the weekly email newsletter. Over the next month, we will be focusing on adding more content and images to make the blog a go-to online destination for our members.

WATERWAYS – ANGUS HEMP
There is presently an outpouring of complaints about the condition of Zandvlei and our canals. This is with good reason as, if one looks at the vast areas of uncleared floating algae, at the colour of the water and at the volume of litter entering the vlei, and if one smells the not infrequent sewage odours, then clearly we have a crisis on our hands.

There is now a petition, promoted by Marina residents on Change.org, circulating. Most of the problems that they highlight and most of the questions that are asked are pertinent. Many of the statements are critical of the council employees working directly in the Nature Reserve, in Stormwater and Drainage and in Sewage. Some of this is justified, but, in fact, these people are left sitting between a rock and a hard place:  all of us complaining on the one side and and on the other an overly controlling head office that allows little or no delegation of authority in matters such as acquisition of necessary supplies and equipment, or in arranging for the repair and/or replacement of equipment.

Having rigid supply-chain management is one of the reasons why the Cape has little corruption and always receives clean audits, in contrast to the rest of the country. However, when a simple repair to a weed-harvester conveyor cannot be effected without the approval of some high council official (whom I imagine has other important things to do); when the acquisition of a new harvester which was agreed to years ago has still not occurred; when someone building a wooden walkway must use unsuitable iron nails instead of the correct stainless steel screws; and when someone cannot get the correct batteries for his devices because supply-chain management will not allow it, then we have an unacceptable level of frustration and inefficiency.  Somehow the city needs to work out a way of satisfying  the objectives of both efficiency and transparency of procurement.

6 April – Spill reported in Battleridge. Reticulation responded extremely quickly and checked all pump stations. No spills found. Kyran came to inspect and feel that it isn’t sewerage but rotting algae. Residents report dead fish and crabs crawling out of the water. Kyran and his team spend the day doing testing. Oxygen levels are found to be extremely low in the Battleridge Canal. Several other places within the Marina waterways are also very low, while the main waterbody is unaffected. Stormwater have agreed to open the vlei mouth. That was on Tuesday and nothing has yet been done.
UPDATE: Oxygen levels have increased in all canals and the current windy conditions could help increase the levels.

13 April – small sewerage spill from the Sand River canal. It was picked up early, dammed and sucked out.

Feedback on ZPAAC meeting:
Lockdown had a huge effect on work for the ZENR as only 3-4 people were permitted to work. However no water quality issues over the lockdown period.

Dredging was done in June and September. More dredging will be done.

The new sewerage plant at Seawinds is near completion.

The average response time from reporting a sewerage leak until response from reticulation is about 3 hours. A team has been put together, with members from different departments. Response time is critical, so this has had a positive impact.

Signage for the vlei has been a long time coming. Apparently we can expect it soon.

There is a new eco-monitoring plan, paid for by money from Councillor Kuhl’s allocation. A probe will be purchased, which will be able to give instant results for salinity, turbidity, water quality, oxygen levels and phosphates. This will allow, not only fast results, but also easier to collate data and share results with other similar waterbodies.

A new wetland restoration project is about to start on Promenade road in the section between the road and the railway. This will act as a link between the Vlei and the Table Mountain National Park.

Park Island
The new dog park is taking longer than initially anticipated. They are waiting on the fencing contractor to start work. Hopefully this will be finalised soon.

It was mentioned that there are 5 grysbok on the island and that the lamb that was killed was the first evidence of lambing on the island. It is felt that this was due to lockdown and the closure of the park. Please do not walk your dogs off-lead on park island.