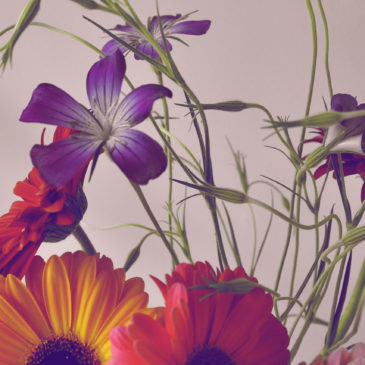 Minutes of EXCOM – MARINA DA GAMA ASSOCIATION TO BE HELD ON TUESDAY 11th May 2021 AT 18:00 AT THE OFFICES OF THE MDGA ASSOCIATION

AGM – Date approved 22nd June 2021 – at the Masque Theatre at 19h00 doors open at 18h30 – we will be publishing Audited Financial Statements, proxy forms, RSVP forms (due to Masque Theatre policy on social distancing, AGM notice, AGM agenda, nomination forms for Exco and Revised Standards Manual and Building Regulations in the next 10 days

Security – Unanimous Vote on provision of 4 camera’s to cover the Road Reserve between the North Wall and Coniston Park, as well as 2 camera’s to cover the Geneva Road ends of Battleridge. Estimated total cost of R110,000 , which is part of the ringfenced R350,000 security Budget approved in 26th March 2018 AGM. Current Balance in Security Capex Reserve Fund is R134,000

Litter on Prince George Drive especially after Sunday Market day – LK to follow up with Aimee regarding Market organisers to try and instil a better clean up program and in general an elimination of litter and single use bags.

Welcome packs – PMc has utilised existing Welcome to Marina Packs and updated same – RM to invite all Estate Agents to meeting were draft can be discussed and improved – get sponsors and have printed – so each new resident – and some who have lost theirs – can have a hard copy with all necessary information and contact numbers.

ARCHCOM – PAUL HIGGINS
Archcom meeting was held on 23 April 2021 attended by Eduardo Nunes, Gordon Hart and me.
Seven new plans were submitted, and three plans were approved. Three submission needed some    clarification or minor changes before our consent will be given. One plan was rejected outright as it was in total contravention to all aesthetic standards as prescribed in the design manual.

WATERWAYS and ENVIRONMENTAL – ANGUS HEMP & LISE CARSWELL
In response to the petition that has been circulating, which demands action to improve the condition of Zandvlei, a meeting was held on 23.04.21 at The Zandvlei Lookout.

Matters raised at the meeting included:

Dr Kevin Winter of UCT’s  Future Water Institute in the Department of Environmental and Geographical Science gave details of how the Friends of the Liesbeeck River have fund- raised, including getting overseas Dutch funding, and are able to employ full-time gardeners and litter collectors to keep the river pristine. Evidence of this can be seen in the river and its surrounds near the M3 and Paradise Motors.

The meeting was reminded of the CoCT 2018 document “Zandvlei Estuarine Management Plan” https://resource.capetown.gov.za/documentcentre/Documents/City%20research%20reports%20and%20review/Inland_Water_Quality_Report_FULL.pdf
The city is planning a 40-year water strategy to produce a water sensitive city.

Two CoCT employees gave presentations on what is being done to improve matters.

Andrew Taylor, Senior Professional Officer with Water and Sanitation, had a lot of very interesting information to share. The Low Lift sewerage plant upgrade will be finished by the end of May. While his team spent 8 years fighting sewerage system fires, they are now in a place where they are making proper changes.

Abdullah Parker, from CoCT Stormwater Management, and therefore the person responsible for opening and closing the mouth, announced that a Sand River open public day would be arranged on a date to be announced.The mouth was opened the very next day and the channel was properly dredged, allowing for good flow, as promised.

Reserve Manager, Kyran Wright, told of the long-arm back actor being employed at the vlei mouth to encourage the carrying out of sand from the vlei back into the sea, in  a controlled opening to the sea.

People driving along Military road and Main road will see that there has been extensive clearing of the Keysers and Westlake rivers in anticipation of our winter rains.

Nick Bode, who represents the fishermen of the Vlei, mentioned that this year the fishing has been the best he has experienced in years. This was confirmed by the fish trek that was done recently. We are waiting on the report from the fish trek and will report on that. Nick also demonstrated his algae cleaner which we have been using to clean algae.

Sewerage spills
22 April in the Langevlei Canal
26 April report from Tokai Close was not sewerage. However small overflow from the Low lift, caught by Trevor’s team

Following last month’s low oxygen levels, tests have continued. Oxygen levels have improved but are not yet back to normal.

Kingfisher
The part for the conveyor belt has arrived and bee fitted. A diesel leak has been discovered and will be   fixed today. Hopefully back in the water next week.

The new Kingfisher has been approved, as mentioned before, and building of the machine is to commence in July. Nothing new to report

Litter
Several residents have brought up the need to clear litter along Prince George Drive, both from the    Sunday market and from the people hanging along the road waiting for jobs. Aimee Kuhl has been    contacted in this regard. Perhaps we can discuss allocate funds to a weekly clean-up?

On Monday 3rd May 2021 at 7pm, 11 teams participated in the Marina Bistro quiz night in Eastlake! Our quizmasters were Marina husband and wife team, Andy and Jill Rumbelow, from Uitsig Peninsula. Funds of R430 were raised for the beneficiary, the Guide Dog Association. The same team, Island Matters, has won each time up till now so it’s definitely time for a new winner!

The next quiz will be with quizmaster, Trevor Quelch – date to be confirmed.

PARKS AND MAINTENANCE – VALERIE BENSON
As from 14th April 2021, I have been running the Parks and Garden Portfolio temporarily while the current holder, Scott Attfield, attends to some professional matters.

The Marina Gardeners’ team, led by Staffa, work every Tuesday on a rotational basis in the various    areas of the Marina. Park Island, then Uitsig Peninsula, then Cannon Island and Eastlake Island.

Each area of the Marina has a local resident guiding the Marina Gardeners on the relevant Tuesday. Silvia Stringer represents Park Island, Andrea Pycroft represents Cannon Island and Eastlake Island and Sharon Gunn was the Uitsig Peninsula representative. Sharon Gunn has requested a 6 month leave of absence due to personal and professional commitments so I have advertised on local whatsapp groups for a resident to replace Sharon for now. Sharon did send me an excellent guideline to what she and the Marina Gardeners focus on in Uitsig so I will pass that along to the next person once found.

Since April 2021, the Marina Gardeners have attended to the following in the Marina:

De Lille / Eastlake Drive, Park Island – two days was spent on clearing overgrown reeds from a public slipway and trimming back a large tree in the same area which could be used to hide items or potential criminals. An abandoned canoe was discovered once the tree was trimmed back

Texel Close, Uitsig Peninsula – trimming back of overgrown hedge which obscured drivers view of   Oudevlei Road when turning from Texel Close into Oudevlei Road. The overhanging tree branch at the north wall was chopped off as it was obscuring the view of the North Wall security camera. Resident permission was obtained as the tree was on resident property. Bushes were trimmed back at the council open space alongside the Red Roman canal to prevent criminals from hiding in the bushes or  hiding stolen items

The Marina Gardeners have received their Marina da Gama Association branded uniforms and are wearing them proudly.

Council is being contacted on a weekly basis to collect the garden debris from areas the Marina Gardeners have worked on. The collections do need to be monitored to ensure collections are made timeously.

On a more specific note, the following case are currently as follows:

I have spent significant time since our last meeting working with Lise Carswell to fine-tune the production of our weekly newsletter and blog posts. I expect to make some changes to the process over the next four weeks. We will then have more time to focus on other priorities, such as monetising our service directory, publishing our booklet welcoming newcomers to the Marina, and helping with the update of the Standards manual. WE will also be preparing documentation for the next AGM. Meanwhile, we are building up the volume of content on the blog, matching quantity with quality.