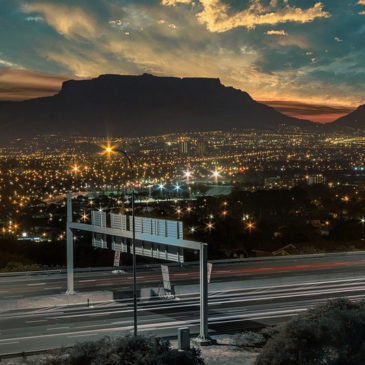 City of Cape Town residents often want to know why some streetlights are left on during the day. While the City is a leader in energy efficiency efforts, there are good reasons for keeping some of the lights burning, including to deter the theft and vandalism of streetlight and electricity infrastructure in hotspot areas. Read more below:

Under normal circumstances, there would be no justification for wasting electricity unnecessarily. We should all be doing everything we can to conserve this precious commodity. The City has award-winning energy efficiency programmes in place and for instance LED lighting is installed in all traffic lights and more than 20% of streetlights while over 900 advance metering infrastructure electricity meters have been installed, greatly improving the City’s own electricity use management. Cape Town is a leading city for its energy saving efforts.

However, there are several reasons why the City justifiably keeps some streetlights on during the day. One such example is that the public lights of certain City-managed roads may be kept on to deter theft of electricity and vandalism of streetlight and electricity infrastructure. Others include that streetlights can be switched on manually for maintenance purposes and to protect streetlight cables against physical damage by civil contractors. The control mechanism that automatically switches the lights on and off can also become faulty.

The City has good reasons to keep streetlights burning

‘It’s understandable that our residents are concerned about instances of streetlights which are burning during the day. This can seem like a massive waste of electricity to residents, but the City does have good reasons for doing so and the benefits of keeping them on far outweighs the benefits of switching them off. It is also important for residents to remember that streetlights are very efficient and of low energy consumption. The impact of the lights burning is not as big as it might seem.

‘When it comes to theft and vandalism in particular, residents should keep in mind that the cost of keeping relatively small stretches of lights burning pales in comparison to the astronomical amounts associated with the replacement of the same length of stolen cable and vandalised equipment. The City is spending millions of rands each year to repair and replace vital electricity infrastructure as a result of theft and vandalism. Keeping streetlights on has repeatedly proved to be an effective deterrent as thieves rarely risk their lives by hacking into live wires,’ said the City’s Mayoral Committee Member for Energy and Climate Change, Councillor Phindile Maxiti.

For instance, between July 2020 and March 2021, the City spent more than R15,5 million on repairing and replacing City electricity infrastructure damaged by vandalism, theft and illegal connections across the metro. There has been an increase in incidents since the national Covid-19 lockdown started. Area South in the metro is the most affected. These illegal actions impact service delivery to residents, communities and road users, and help is needed from residents across Cape Town to stop the scourge. Keeping streetlights on during the day is one of the tools in the City’s arsenal.

Streetlights may also be on during the day due to a faulty control circuit. Therefore, as customer complaints form an important part of effective streetlight maintenance, it is requested that customers report streetlights that are on during daytime or faulty streetlights to the City’s Fault Reporting Centre. Customers will receive a notification number which may be used for follow-up purposes. Please always ask for a reference number and keep it at hand.

For service requests (please only log on one channel and do not log the same request multiple times):

·           Please note, during inclement weather, service requests increase and this can impact on the time required to fix an outage. The City thanks all residents for their understanding.