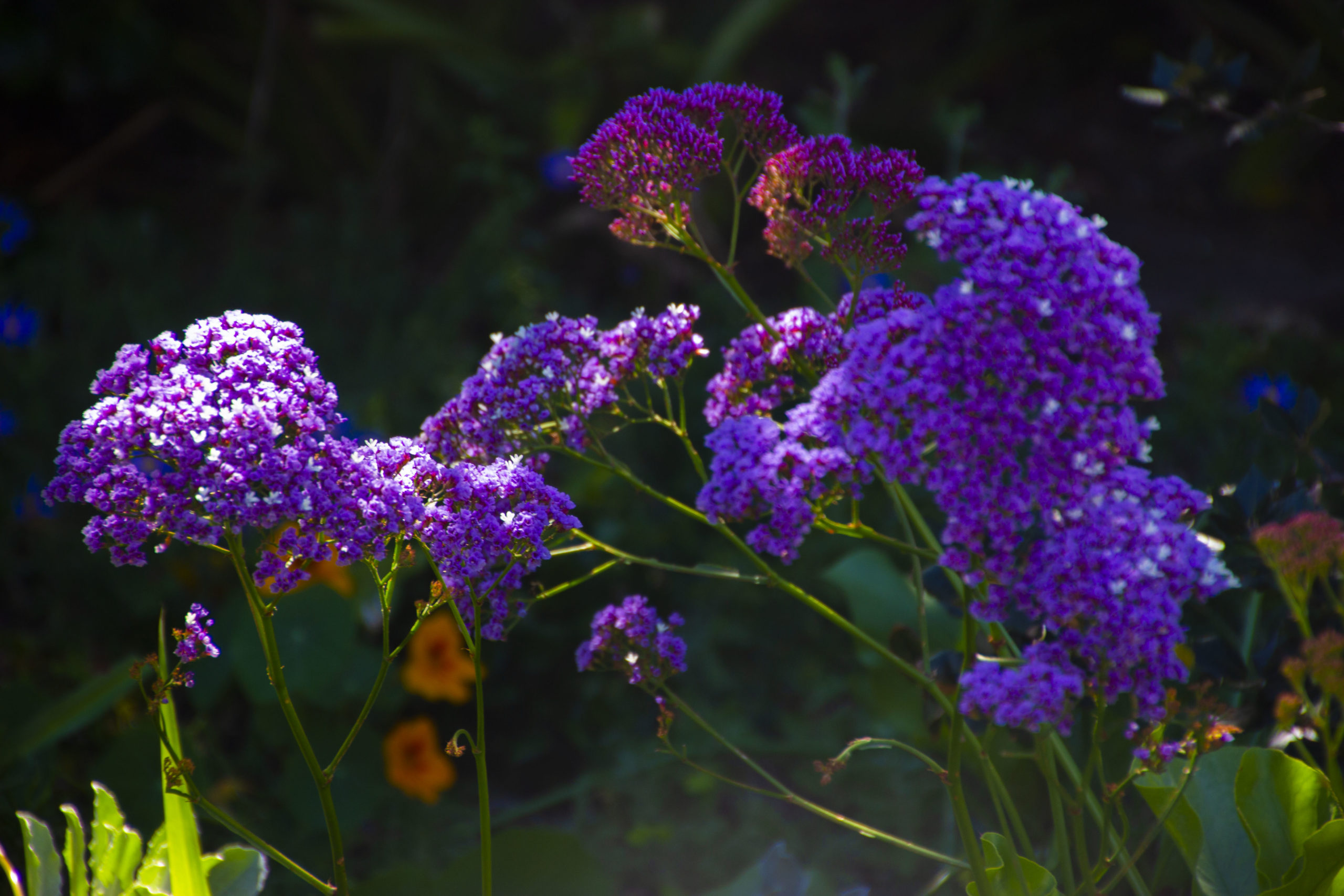 Following the reopening of Zandvlei on Wednesday, 23 February 2022 and Zeekoevlei today, Friday 25 February 2022, the City of Cape Town met with representatives from the Protected Areas Advisory Committee (PAAC) and Friends of Zeekoevlei to discuss recent water quality data and the collective interventions needed to address chronic pollution in the waterbodies.

‘As a City, we wanted to meet with the users and surrounding communities of Zandvlei and Zeekoevlei to discuss the water quality results with them, and how we can work together for cleaner waterways. This is part of our commitment to transparency and building partnerships with communities. We appreciate the feedback during the meeting and look forward to more engagements in future.

‘The City’s Scientific Services Branch is ISO/IEC 17025 SANAS accredited, which is a standard global benchmark that ensures strict quality controls are in place for generating accurate and reliable water quality laboratory results.

‘In order to promote transparency on water quality results, and build an important trust relationship with all stakeholders, we will be communicating this on digital platforms in the near future.

‘We are all working towards a common goal of improving the water quality at Zandvlei and Zeekoevlei by reducing pollution,’ said Councillor Zahid Badroodien, the Mayoral Committee Member for Water and Sanitation.

See water quality results below for Zandvlei and Zeekoevlei Note: The results below were obtained using the colilert E.coli testing method, as this method was used for recent joint sampling to align with the tests of other laboratories. The City currently uses the colilert method for drinking water testing, and while fully proficient in conducting this testing in any context, is planning to obtain accreditation for its use in environmental waters as well. 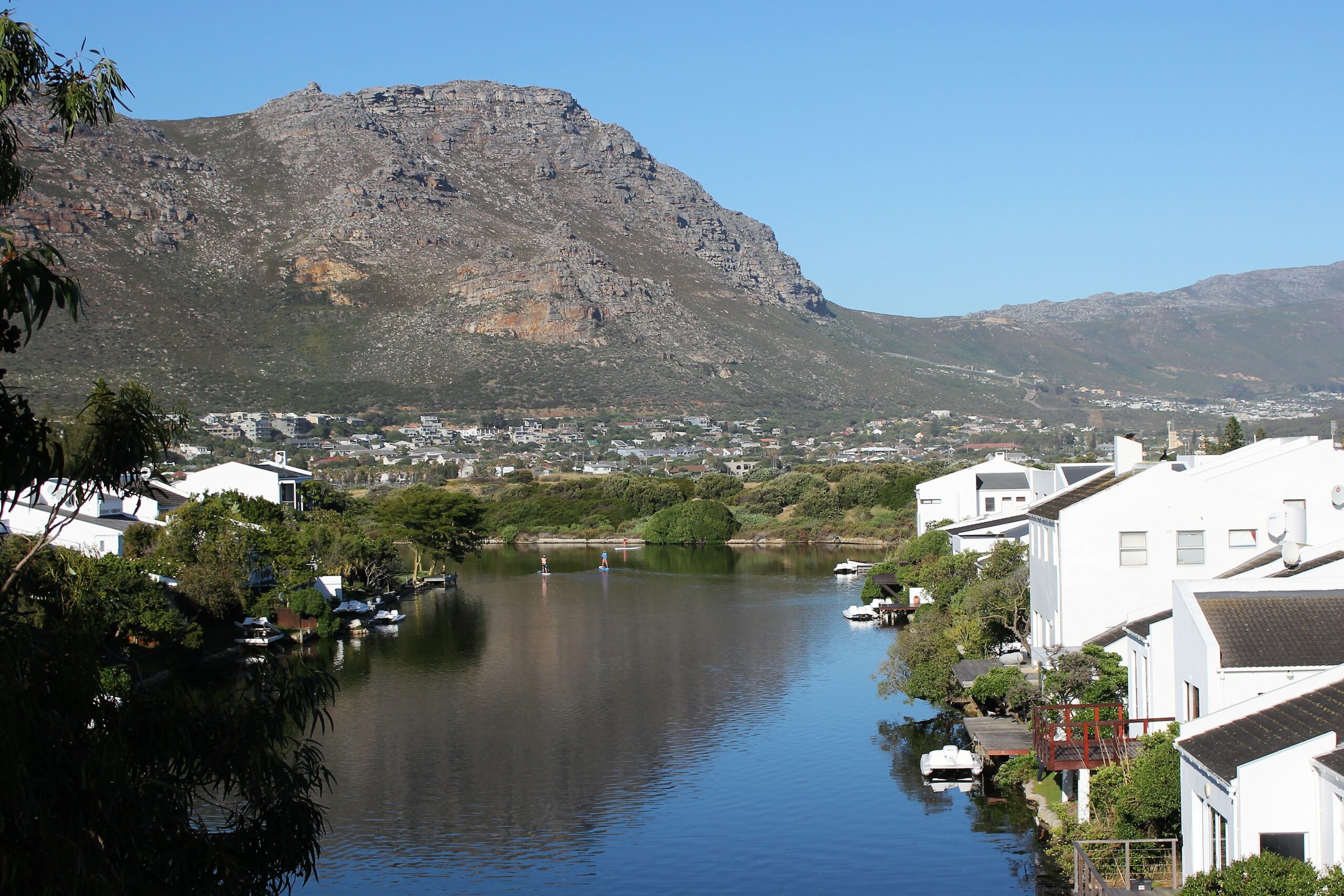 Persistent lobbying over many months by the MDGA paid off this week when a high-level delegation of key decision-makers from the City of Cape Town (CoCT) met with members of the MDGA ExCom in the Marina to map the way out of our continuing water crisis.

While emphasising that the MDGA had called the meeting in the spirit of constructive engagement, Richard Midgley, the MDGA ExCom’s Chairman, was forthright in expressing residents’ concerns: “The algae is out of control, our waterways have now been closed for over seven months and we are in a worse position than we were a year ago.”

“We are not talking here about a public access issue,” continued Richard. “This is a real problem for residents around Zandlvei, particularly in the Marina. The waterways crisis impacts on our members’ lifestyles; makes them question their reasons for choosing to buy and live here; and, worst of all, the situation dramatically affects the value of their properties.”

While acknowledging the wider service delivery challenges facing the CoCT, Richard also pointed out that the MDGA is virtually powerless when it comes to keeping the Marina’s 1,352 households fully informed about what is happening on Zandvlei. “On our members’ behalf, we have a single purpose for calling this meeting: to understand the causes underlying the sewerage spills and to learn how the CoCT plans to remedy the situation so that our waterways can be reopened and kept clean and safe. A lack of information simply exacerbates residents’ frustrations.”

In the same co-operative spirit, members of the CoCT delegation took turns to outline the measures that their departments are currently taking to reinforce and maintain Cape Town’s water and sanitation infrastructure – and stop sewerage from entering Zandlveli.

Among other positives, all sewerage lines in Muizenberg, Constantia, Bergvliet, Meadowridge and Tokai have now been relined and the CoCT is currently assessing quotes from contractors to finish cleaning lines in Lavender Hill and Seawinds. Relining has been instrumental in eliminating sand from the sewerage system, preventing pump station failures and damage. All CoCT’s pump stations are also being retrofitted with grids to prevent damage while manholes are being fitted with covers to prevent illegal dumping. Issues with pump station telemetrics have also been resolved. In addition, Pierre Maritz, Manager, Reticulation, committed to forwarding service/maintenance records for all 10 pump stations in the Marina to the MDGA office. Overall, the CoCT has committed a significant capital budget to pump station upgrades and pipe replacements for this financial year and most of this budget has been allocated to Zandvlei.

Potentially, the most important action arising from the meeting was a commitment to setting up a dedicated technical sub-committee to address the ongoing sewerage spills into Zandvlei and the extremely high nutrient load that is feeding the current algae blooms. Not a silver bullet or magic wand, perhaps, But certainly a step in the right direction.

Commenting on this advance, Richard Midgley said: “Regular meetings with the City’s most technically skilled decision-makers will go a long way to applying pressure on the authorities to deal decisively with the problems that we currently face.

“We fervently hope that the spirit of partnership we took away from the meeting will lead to effective long-term solutions for Marina residents, our neighbouring communities and the precious environment that we share.”

“Meanwhile,” added Richard, “on behalf of Marina residents, I would like to extend our sincere thanks to all members of the CoCT delegation for taking the time to hear our concerns and commit to finding solutions.”

The MDGA will continue to persist in its efforts towards ongoing constructive and productive engagements with CoCT on behalf of all Marina residents. 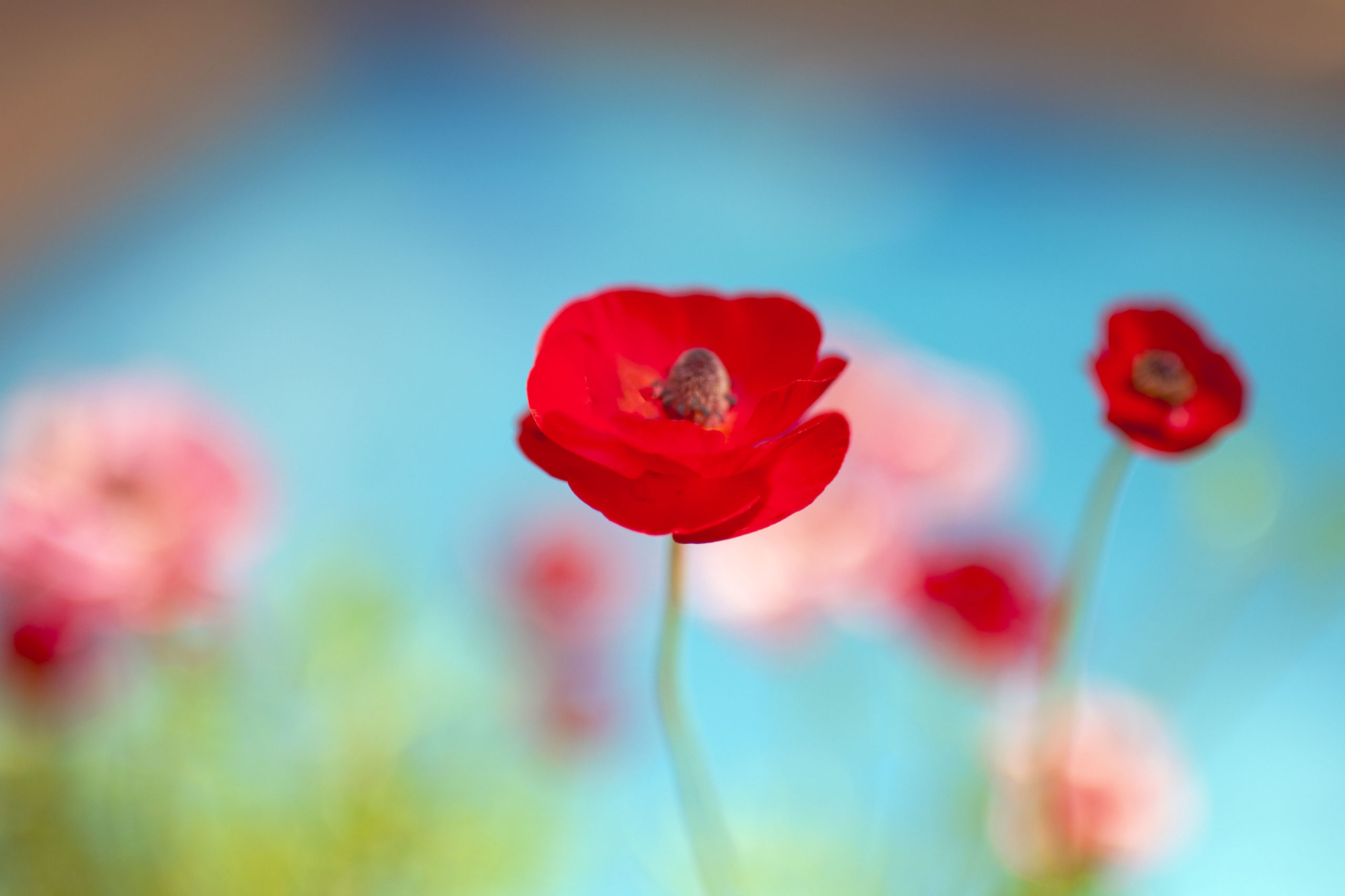 On-site construction work can only be carried out between the hours of 08h00 and 17h00 Monday to Friday and 08h00 to 13h00 on Saturday. No work is allowed on Sunday. The first fine for breaking this regulation is R1 000, the second fine is R2 000, and the third offence is automatically a court offence. 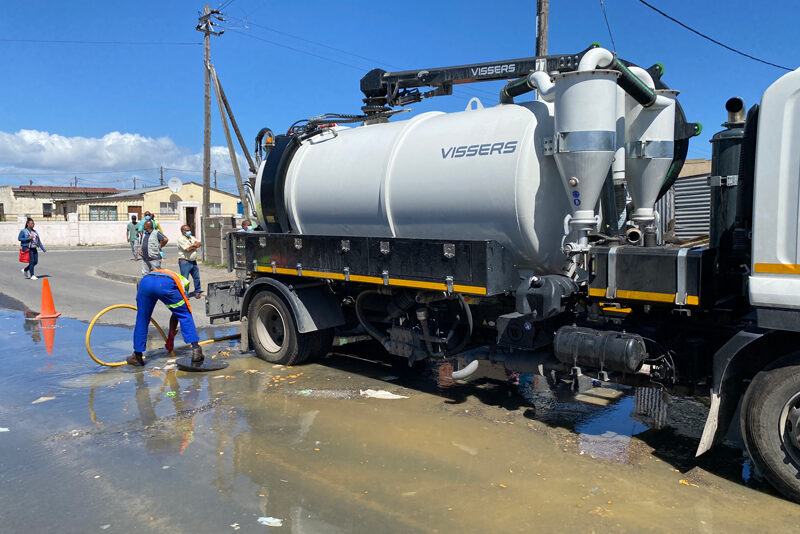 Some encouraging news from the City of Cape Town (CoCT), which this week launched its Sewer Spill Reduction Plan.

According to the press release announcing the launch, the plan is designed to contend with the 300 sewer blockages and overflows that happen in the city every day. The aim is to achieve a 50% reduction by 2030 through a combination of “strategic upgrades, upgrades intensified proactive maintenance, more efficient use of resources, and importantly – community education.” The Marina da Gama Association ExCom will track the plan’s progress and bring you updates.

The City of Cape Town’s Water and Sanitation Department is launching a Sewer Spill Reduction Plan to help contend with more than 300 sewer blockages and overflows in the city every day. The plan targets a 50% reduction by 2030, through a combination of strategic upgrades, intensified proactive maintenance, more efficient use of resources, and importantly – community education. Read more below:

The City of Cape Town Water Strategy has identified improving the health of rivers, vleis and water courses as a priority and has set an ambitious target to transform the City into a Water Sensitive City by 2040.

Key to achieving this target will be the reduction of foreign objects in the City’s sewers through education, increased proactive cleaning, as well as improved coordination and synergy with other City directorates.

Over the next three years, more than R10 billion of the City’s R29 billion capital expenditure plan will be invested in water and sanitation infrastructure to support sustainable development, of which R1,6 billion is specifically for conveying sewage.

‘While eliminating sewer overflows is still largely dependent on residents using sewers correctly, the City recognises the serious risks sewer overflows pose to Health and the impact they have on the dignity of community, and is reprioritising resources from other areas to address this more proactively.

‘I visited Khayelitsha with our sanitation teams and saw first-hand the problems our communities live with. Our teams are constantly working to provide short term relief from blockages and other overflows, to ensure clean and healthy environments for our residents,’

‘Whilst on the Khayelitsha tour, I also spoke to our depot teams who shared their reality of working in volatile environments with me. It is challenging for the teams to react quickly to spills in some communities due to the safety risk to the City’s equipment and life.

‘Although the City is significantly increasing the resources available for dealing with sewer overflows, about 75% of overflows would not occur in the first place if residents used sewers correctly. This would mean only flushing human waste and toilet paper. Ensuring that illegal stormwater connections are addressed is also extremely important as these cause the sewers to flood during rainfall. At the same time, the City must keep up with demands placed on underground infrastructure as a result of rapid urbanisation.

‘The City is also prioritising the high-priority areas for reactive maintenance that includes sewer line jetting and over-pumping. We are also cognisant that the department depends on a well trained and equipped labour force to effect this we will embark on a drive to fill key vacancies, acquire critical skills, and ensure that equipment is in a good state.

‘Lastly, the City is running a campaign called Bin it, Don’t block it to raise awareness on how to prevent sewer overflows, and we are calling on communities to educate themselves and their peers. At the end of the day it is residents who pay for the work to remove sewer blockages, and this money could be used for other purposes in the community. Prevention is better than cure, as the saying goes,’ said Councillor Zahid Badroodien, Mayoral Committee Member for Water and Waste.

More info can be found on www.capetown.gov.za/blockedsewers. 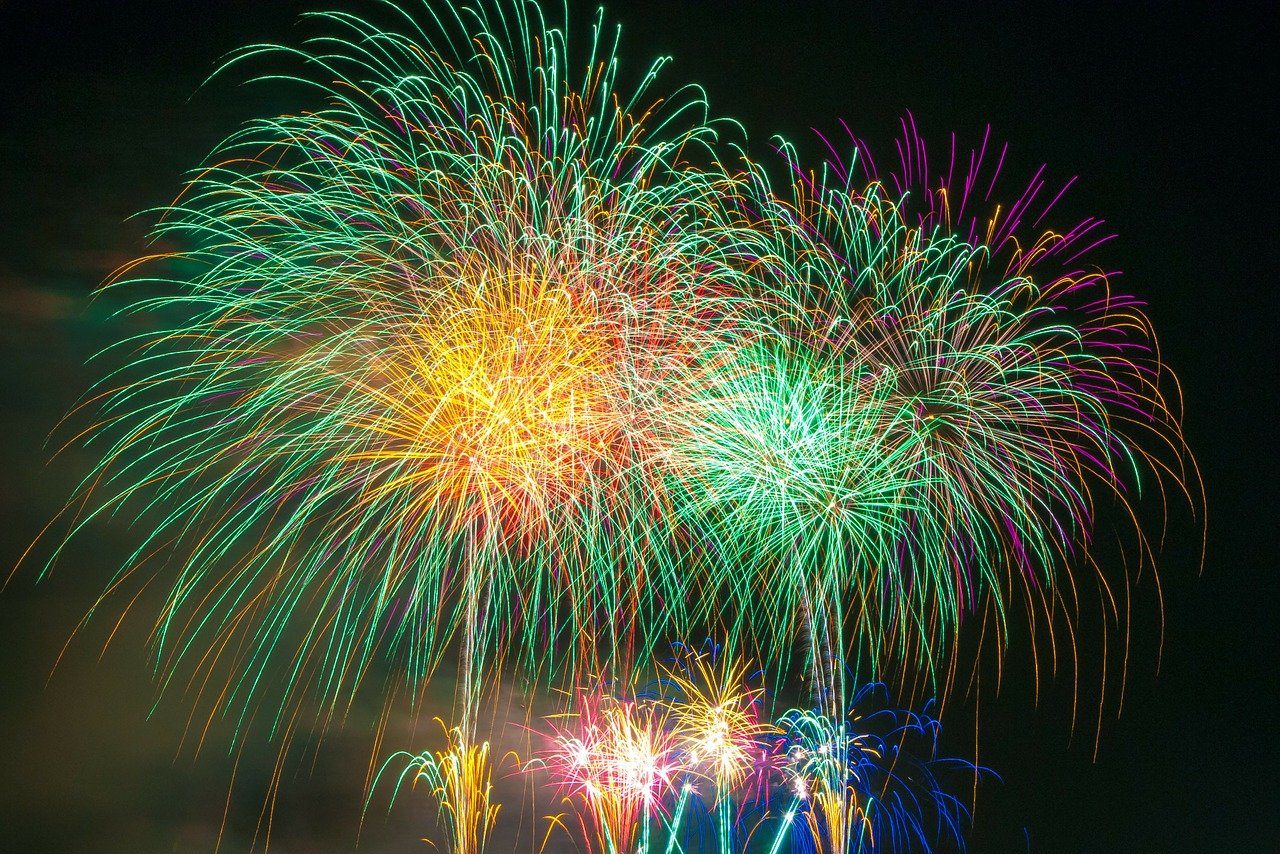 Within the City of Cape Town, Fireworks are regulated by the Explosive Act, Act 26 0f 1956 and the By-law Relating to Community Fire Safety as amended.

Fireworks is prohibited from been be sold or stored in any House shop, Spaza Shop, Hawkers, roadside or Open-Air sellers.

Only a licensed shop that has a Fireworks Licence issued by the Chief of Inspector of the Department of Explosives within the SAP, and the City of Cape Town Fire & Rescue Services, may sell fireworks.

Selling Of Fireworks from a Licence Premise

Fireworks may only be sold in sealed packages, as received from the suppliers.
Fireworks must be displayed for sale in a lock-up glass display cabinet and a 4,5kg Dry Chemical Powder fire extinguisher must be provided and installed.
Children under the age of 16 are not allowed by law to purchase and/or discharge fireworks without adult supervision.
Residents are reminded that discharging shop bought fireworks in the residential area is prohibited.
Fireworks may only be discharged on the 5th November at designated Sites approved by the Municipality.

A fine of R1500.00 may be imposed for each provision transgressed.

The City will not be held liable for any claims for injury or damage that may occur from the use of fireworks.