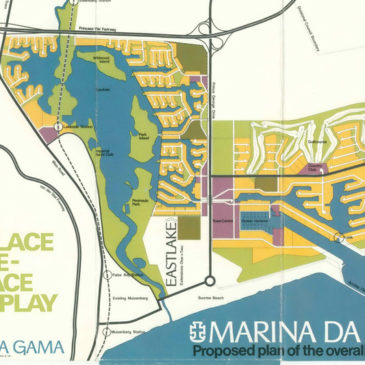 We recently learned about the passing of Gordon Smith, the man responsible for designing the Marina’s landscape. Born in 1934, Gordon – who qualified as a horticulturalist at Kew
Gardens – was widely respected as a pioneering force in South Africa’s landscaping industry.

Among many other firsts, he was a founding member of the South African Landscapers
Institute (SALI), which published this inspiring tribute to a fellow professional it describes as a ‘legend.’

Gordon was offered the position of landscape manger with Anglo American in 1970 and
moved his young family to the Cape. As part of the Anglo American team, Gordon travelled the world for this project, visiting a number of residential marina projects as they worked out how best to design and build the Marina Da Gama housing development in Muizenberg, Cape Town.

Over the next few years, Gordon was to become an expert in marina landscape construction, developing windbreaks and landscaping in a marina development. “It was a very exciting time,” he remembered on many occasions. He was on the team that broke ground, started the initial earthwork preparation and construction of the Marina De Gama Village set on and in the sandvlei wetlands of the southern Cape peninsula.

Gordon constructed and developed a site nursery where he propagated and supplied all the
plants and trees to later be used in the landscaping development of Marina da Gama. He
also oversaw the construction and windbreak planting on huge sand bank berm barriers.

The berms acted as giant windbreak barriers to protect the proposed Marina da Gama
development from the infamous south-easter winds which lashed the coast line from Sunset Beach to Muizenburg.

After the completion of the Marina de Gama project, Gordon returned to Johannesburg in
the mid-1970s. He broke away from the Anglo American Group to open his own landscaping construction business.

Our condolences to Gordon’s family and friends.

In his honour, we’re pleased to bring you an archive copy of the Marina’s original
development plan. You can also read SALI’s tribute here.