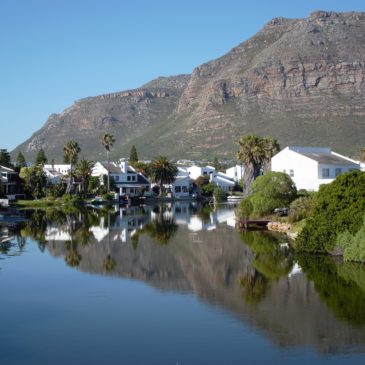 PM reported that an up-to-date quote to print 100 copies of the new residents’ booklet has been received. PM will submit the breakdown later this week and once PM obtained approval and will place a print order.

The delay was caused by the death of our designer, Mark Bolton, who sadly passed away after a bad fall at his home followed by an in-hospital infection.

The MDGA needs to find someone to take over the management of our online advertising. PM does not have the experience or know-how to do the job. Above all, he does not have the time. Meanwhile, work continues as usual on all our communication channels.

Herewith the Crime stats for March 22.

Crime stats of incidents reported to DBS/Attended by DBS during March 2022.

Outcome – 17 Triggers; Vehicle were out of the area before SSP’s arrived

12 Triggers; Vehicle were followed out of the area by SSP’s

Over the past few weeks numerous people in the broader community have been invited to presentations about the future of the City’s waterways. Our new mayor Geordin Hill-Lewis has arrived like a flood of fresh water, pledging to put all the Councils resources behind the rehabilitation of our natural waterways. This is something most of us have been willing for most of our lives.

The concrete canalization of most of our rivers by the City’s storm-water engineers mid last century; agricultural pollution from as far afield as Malmsbury, but also our local golf courses and wine farms; mass urbanisation and resulting informal settlements that have flooded around green spaces and waterways; misuse and damaging of the sewerage system* and an aging sewerage infrastructure …

This financial year alone around R5-billion by my reckoning has been budgeted to start the massive project of reclaiming our rivers and wetlands. While most of it is earmarked for upgrading and maintaining the sewerage system, more than R50-million has been allocated to improving the Sand-Langevlei River system.

Phase One will be creating wetland “sink” at their confluence, which will help trap and process sewage spills, while also contain other pollution, acting as a natural trap and filter. Phase Two will look at rehabilitating those rivers back to a semi-natural state – as God and/or Mother Nature intended. It’s not a quick fix thing and will take decades to see through. Nevertheless, the process has started, and the wheels are already turning.

Within the next few months, we have been told, the process of public participation and consultation will begin, when we’ll have a say about how things could and should be done.

A notice was received from Kyran Wright that a sewage spill was detected on (11.04.2022) to be flowing into Marina da Gama waterways in the Baalen Way channel. While the output flow rate and volume was relatively minor, the spill did persist until the following morning. The spill has subsequently ceased and the blockage rectified, however there is a risk to recreational users of the Marina da Gama waterways in the direct vicinity. Please would users exercise caution when utilising the northern canals in the Marina.

Water quality sampling shall be conducted to ascertain the extent of the spill and will update ZPAAC accordingly. We apologise for any inconvenience caused. Please see the aerial footage below, indicating the site of the spill and area to be avoided.

DE attended the Water Awareness Day. Upcoming events will be communicated. Planned events starting on 5th May 2022 include Art evenings to be hosted at the Eastlake Centre.

Two resubmissions of plans were dealt with, one approved and the other needs some verifications before acceptance. A site visit to the approved submission was done to verify that the plan correctly depicts what has been constructed. One “no objection to departure” of a previously approved plan was dealt with.

Budgets – An annual amount of R10,000 had been allocated to be divided into the three (3) Islands.

Mulch – Richard to contact JP for delivery but only in June – must avoid Palm Cuttings.

Compost – Richard will advise ALL once he has had a chat with Peter the Mushroom Compost Guy – and ladies will contact him for deliveries to each island, scheduled for Mon 11th April 2022.

Conflict of interest – Silvia and Scott’s wholesaler – absolutely no problem – Scott confirmed that Silvia can proceed.

Richard spoke to Scott regarding Trees – given to Marina by CoCT – will update ladies PGD wall – Ulf to approach CoCT to surface (Asphalt) to section of wall between sidewalks.

Blocked sewer lines on Cannon Island Way/ Admirals Walk were report to the CoCT. Queries from broken inspection covers were received by residents